You are browsing the site archives by month.

Are You a Noun or a Verb?

Over the years, I’ve interviewed hundred of candidates for dozens of positions. Both companies and candidates like to discuss jobs in terms of nouns, and maybe a few adjectives. Employers are looking for a “VP of Sales” or a “Java Developer with five years of experience” and resumes
dutifully present candidates as a list of nouns enumerating their previous roles and titles.

But nouns are static. They are dead.

Never define yourself as a noun. You are not a sales manager. You will double the companies sales next year. You are not an experienced Ruby programmer. You will increase development speed and decrease defects.

Be a verb, not a noun.  Who you are doesn’t matter. It’s all about what you do. 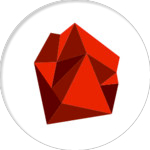