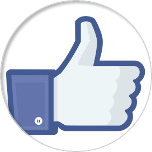 I was chatting with a Western manager at Google Japan about the differences between managing Japanese and Western staff.  He mentioned that he was baffled by the lack of drive and ambition among some of his Japanese subordinates. These people had graduated from some of Japan’s top schools and many had been recruited from some very prestigious firms. Yet time after time, he would have discussions that amounted to:

“You are smart, but unless you push this project to completion and be more aggressive, you won’t advance your career.”