Startups Are Not Tiny Enterprise Companies 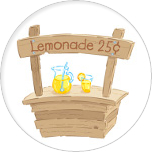 Startups are not small versions of large companies. They are fundamentally different in every way other than their basic legal status. Japanese (and foreign) entrepreneurs frequently look to large companies as the model of the way things should be done, and it rarely serves them well

It’s an easy mistake to make. Small companies want to grow into a large companies, and so it seems intuitive to structure accordingly. Unfortunately, even the minimal administrative overhead large firms require to function will suffocate small companies.

One of the worst examples of this I ever encountered in Japan was a six-month old, five person start-up with a ringisho. (For those who don’t know a ringosho is a document that is circulated among all stakeholders of a proposal. These stakeholders must all sign-off in a specific order before the decision is final. As you might imagine, the ringisho is the center of a lot of passive-aggressive infighting.)

The three founders explained that the ringisho would help them avoid conflict and ensure all founders were involved in the decisions.

The company was out of business six months later.