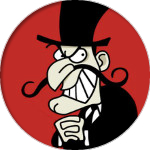 Maybe I was too hard on the guy. I really wasn’t trying to be an asshole. I do understand that SEO is a hard and competitive business, and I have great
respect for people who manage to do it both well and ethically.

The other week an “SEO Expert” cornered me at a networking event in Tokyo and suggested that his company could help mine improve our Google rankings and traffic flow. SEO is something I spend a fair amount of time thinking about, so I put down my drink, put my laptop on the bar, and opened it up.

His company did not appear on the first three pages of results when searching for “SEO”, “Japanese SEO”, “Tokyo SEO” or similar variations.  Our expert insisted that this was an unreasonable test because the companies that ranked ahead of his were larger and had more money to spend on SEO. He then offered to visit me at my office to explain how it all worked and how his company could help mine.

I asked what search terms his company had decided to optimized for, and he told me to search for the company name, which being an unusual one, ranked near — but not at — the top for that term. I found this  unimpressive and told him so.  It seems to me that that SEO companies who rank higher for key search terms are, almost by definition, better at SEO than companies who rank lower.

He ended the discussion abruptly and returned to mingling with more promising and less abrasive, prospective customers.

I don’t think I was being unreasonable here. I would not go to a dentist who is missing teeth. I would not use a personal trainer who is overweight. Why would I hire an SEO consultant who can’t get his own company’s site onto the first page of Google results?