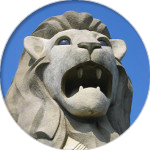 Singaporean founders are incredibly well informed about the mechanics of running a startup. In fact, on average, they seem better read on the subject than most founders in Silicon Vally. However, Singaporean founders trust too much in this knowledge. There is a widespread, if unspoken, belief that if one executes the “right plan,” they will succeed. Nothing could be further from the truth. Doing all the right things increases your chances of success, but there is no right plan. Whatever plan you have is wrong. You just don’t know exactly what parts of it are wrong yet. You’ll discover the defects soon enough, and if you are skilled, you’ll figure out how to fix them before you run out of money.

2) Focus on Your Customers.

There is an unhealthy focus on fundraising in Singapore. Most founders I spoke with had detailed fundraising plans, but less than a third could clearly explain who their customers were and how those customers benefited from the startup’s product. One fellow I spoke with has a promising idea, but is currently focused on raising initial capital in order to do run a Kickstarter campaign in order to generate awareness for a seed round of financing. Raising money is easy. Attracting paying customers is hard. Go out and sell somebody something!

A large proportion of Singapore’s startups are operating in “stealth mode,” and several local VC’s told me that founders frequently request that an NDA be signed before giving a pitch. Naturally, these requests are politely and firmly refused. There are many legitimate reasons to run stealth, but in general, the advantages of networking, introductions and potential partnerships far outweigh any element of surprise.
I’m actually quite impressed with the level of entrepreneurial activity in Singapore, but I was asked for specific advice, so there you have it.