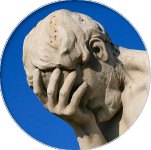 My Japanese is good, but far from what I consider fluent. Even so, I accept almost all opportunities to speak to an audience in Japanese – provided I have time to prepare. Things usually go well, but sometimes I go down in flames.

However, it turns out that even when I crash and burn, l come out way ahead.

Last year, I was invited to give a 20-minute presentation about PaaS and Engine Yard to a Japanese audience of about 1,000. I bombed about as badly as was possible. The wrong version of the slide deck was projected behind me, I stumbled through my talk never quite finding my rhythm, and my jokes were met with a dead silence. (The audience got them. They just weren’t funny.) Ouch!

After the presentation, a lot of people approached me and opened conversations with something like  “That took a lot of guts. I don’t think I could have done that in English.”  I ended up with over a dozen promising business leads and met a lot of interesting people I would not have met otherwise.

In Japan, a terrible speech in Japanese is far more effective than a brilliant one in English.